Nestled at the foothills of the Appalachian Trail in the Great Limestone Valley you’ll find a 69-acre spring fed body of water now called White Lake. Founded in 1997, this 394-acre preserve is a varied habitat comprised of fertile meadows, sinkhole ponds and mature hemlock trees.  It is the home to several rare plants and wildlife ranging from black bears, bald eagles, osprey, bobcats and snakes.

When we arrived at White Lake we were greeted by a friendly red winged blackbird singing in the tree.  We crossed to the left of the lake and began on the Blue Trail.  This dirt packed trail leads you through moss covered rocks and winds through some rolling hills.

At the intersection, take the Green Trail which will lead you past a private residence, The Stewart’s House.  You’ll soon come to a strange clearing.  At this point you are on one side of a ravine and if you look down, you’ll see lush vegetation and a swamp below filled with skunk cabbage.  Our background music now became the sound of woodpeckers tapping off in the distance.

Follow the Yellow Trail off to the right; this is where the fun really starts.  All along our hike we had been noticing the remnants of stone border fences, but here is where the remains of the Lime Kiln still stand.  Lime has been used for many purposes throughout history, to neutralize soli acidity, production of certain metals and as a mortar type paste when mixed with water.  The hills of Warren County are full of limestone and up until the 1920’s the practice of burning lime continued in northern NJ.

From the kiln ruins, follow the Yellow Trail and continue up the incline to the opposite side of ravine.  Here you’ll soon notice more rock wall remnants.  The trees are just starting to bloom so we got some nice vistas of White Lake through the trees.

You’ll soon came to the remains of a large chimney.  I tried researching the history of this structure, but was unable to find much information.  It’s probably associated with the ruins of the ice house/marl factory which is just up ahead.  The old factory is beautiful and much of the exterior is intact.  Larger than Van Slyke Castle, my Abandoned Sites friends will love this place.

History of the Ice House/Marl Factory

In 1764 Johann Wass immigrated to Hardwick from Germany and changed his name to Johann Vass.  In 1802 at age 38 he purchased land with his third wife (apparently, he his previous wives all predeceased him) and he christened the lake on his property “White Pond.”  The white coloration of the lake is caused by the reflection of the mollusk shells from the lake bottom.  Marl is a mixture of ground up fine grained minerals of lime, clay and the shells.  This was used as a fertilizer and also in a new invention at the time, cement.

Sometime around 1850-60 the Knickerbocher Ice Co. erected this large factory to house over 20,000 tons of ice that could be cut from the lake in winter.  Since this was a seasonal product, they diversified and used it for marl manufacturing the rest of the year.  The old stone walls of this factory have stood the test of time and thankfully graffiti hasn’t ruined the beauty of this site.  If anyone has a drone and takes an aerial shot of this site, I’d love to see it from above,

After passing the old factory cross the stream and rejoin the Blue Trail.  Now we’re on the far side of the lake going along the marsh.  There’s an ease way past a private house and you have to stay along the mowed path.  Re-enter the woods and the trail is dirt and mossy rocks again.  Follow the stone steps down and head to the right on the Red/Blue Trail.  Our last few yards were past several bird houses and we were lucky enough to watch the Tree Swallows swooping back and forth feeding their young in the boxes.

White Lake is a quiet gem nestled in the foothills of the mountains.  You can kayak, bike, bird watch, and hike in area rich in history.  Standing on the shores of the lake, near the old factory walls it’s easy to imagine a time when ice was cut from this lake and the lime kiln glowed off in the distance.

Tell Us What You Think Cancel reply 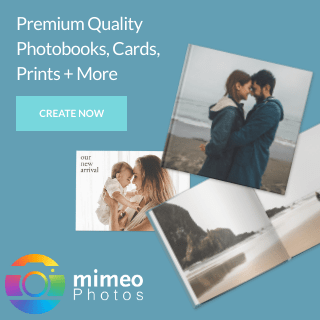