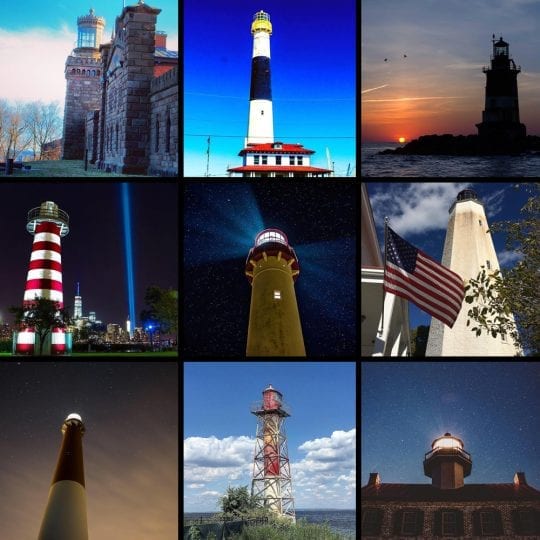 The #NJspots Instagram account has hosted hundreds of fantastic photos taken in New Jersey. One thing that Garden State is famous for is the coastline and the beaches that gather hundreds of thousands of beach-goers every summer. But while some may be trying to win prizes at the boardwalk or jump on an exciting ride, others continue to explore New Jersey shore and the lighthouses that are streamed along the coast.

With the #NJspots tag on Instagram we have seen hundreds of different types of photos and perspectives on the lighthouses of New Jersey and while they all deserve merit and consideration we have picked our choices of the Top Lighthouse Photos in New Jersey.

9 of the Best Photos of New Jersey Lighthouses

It was deactivated in 1933 but still shines its light every night. You can visit the lighthouse in Atlantic City and for a small donation you can climb to the top.

Probably one of the more popular lighthouses in the state of New Jersey, the Barnegat Light or “Old Barney” is located at Barnegat Lighthouse State park at the northern section of Long Beach Island. Originally began to be developed in 1834, but the rising water levels caused it to be rebuilt in 1855.

It was first lit in January 1, 1859 and remained a first-class navigational light until August 1927 and was deactivated in January 1944. It remains lit from dusk to dawn and visitors can go to the museum exhibits on the grounds.

Located at the southern tip of New Jersey in Cape May, the Cape May Lighthouse is located in Cape May Point State Park. Built in 1859, it was automated in 1946 and remains an active lighthouse to this day.

It’s the 3rd lighthouse at this location with the previous two built in 1823 and 1847 respectively. There are 199 stairs to the top of the lighthouse and it stands 157 feet tall.

Located in Middletown, New Jersey the Conover Beacon Lighthouse it serves the purpose of guiding vessels between the Ambrose Channel and the Sandy Hook Channel. It was marked with a series of lights in 1856, this being one of them.

The original tower stood until 1941 and was moved at that time. It was discontinued in 1988. The skeletal tower remains and is managed and located in Middletown Township.

The East Point Light lighthouse is located in Heislerville, New Jersey and was known as the Maurice River Light before 1913. It was first constructed in 1849 and was first lit in the same year. It was named as inactive in 1941 and escaped being destroyed by fire in 1971.

It was reinstated as active in 1980 by the United States Coast Guard and had an exterior restoration in 19999. It is listed in the Nation Register of Historic Places. It stands 40 feet tall.

Located across the Hudson River from Downtown Manhattan, the LeFrak Lighthouse stands tall in Jersey City, New Jersey. With a modern design, you can visit this lighthouse in the Newport area of Jersey City. This photo was taken on the anniversary of September 11th.

Located right on the cusp of the New Jersey/New York border the Romer Shoal Light is located in the New York Harbor. It stands 54 feet tall and was first constructed in 1838. Still active, the current tower was first lit in 1898 and was automated in 1966.

The shoal was named for a pilot boat pilot William J. Romer sank in 1863. Then lighthouse was also named to the National Register of Historic Places in 2007 and was badly damaged in 2012 by Hurricane Sandy but was saved by private donors.

The Sandy Hook Lighthouse is located at the northern point of Sandy Hook in New Jersey. It is the oldest working lighthouse in New Jersey, being built and lit in 1764 it is still in working condition. It was been since automated in 1965 and stands 103 feet tall.

The state of New York funded the project and was originally named New York Lighthouse. It was also housed by British Soldiers during the Revolutionary War. After the US Constitution was signed it was transferred to federal authority and in 1970 George Washington wrote to Senate claiming the land of the lighthouse belonged to Sandy Hook, where Fort Hancock also stands. The land is a National Historic Park and Place.

The Navesink Twin Lights lighthouse is in Highlands, New Jersey and overlook Sandy Hook Bay. There are a pair of beacons that are 246 feet above sea level. There was a lighthouse that was there since 1828, but the current one was built in 1862 and lit the same year.

The lighthouse North Tower became inactive in 1989 and the South Tower in 1952. The North Tower was relit in 1962 after being take into the power of the State of New Jersey.

Find your favorite NJspots and places to visit, photography, and explore through our New Jersey Lighthouses and Bridges Map. 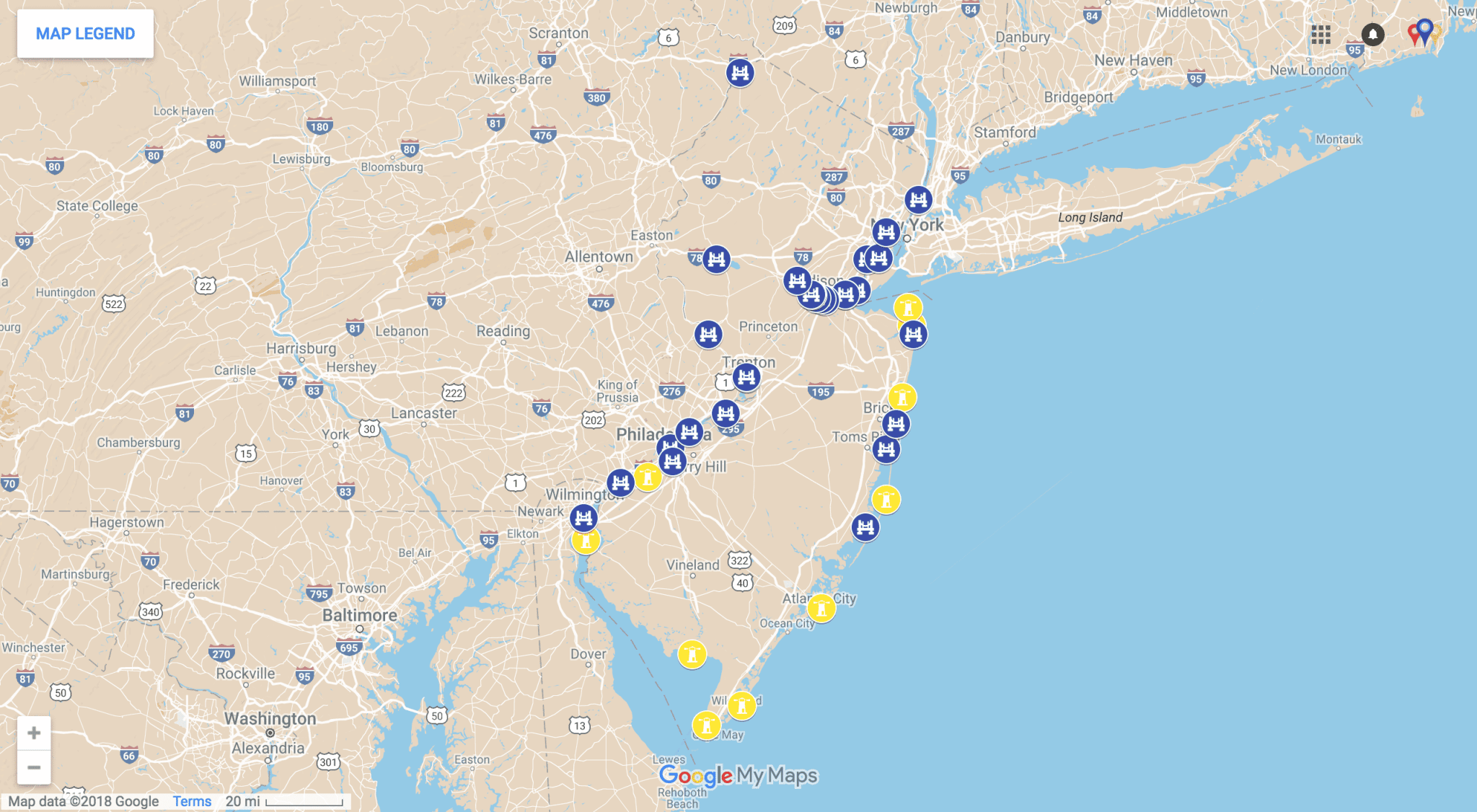 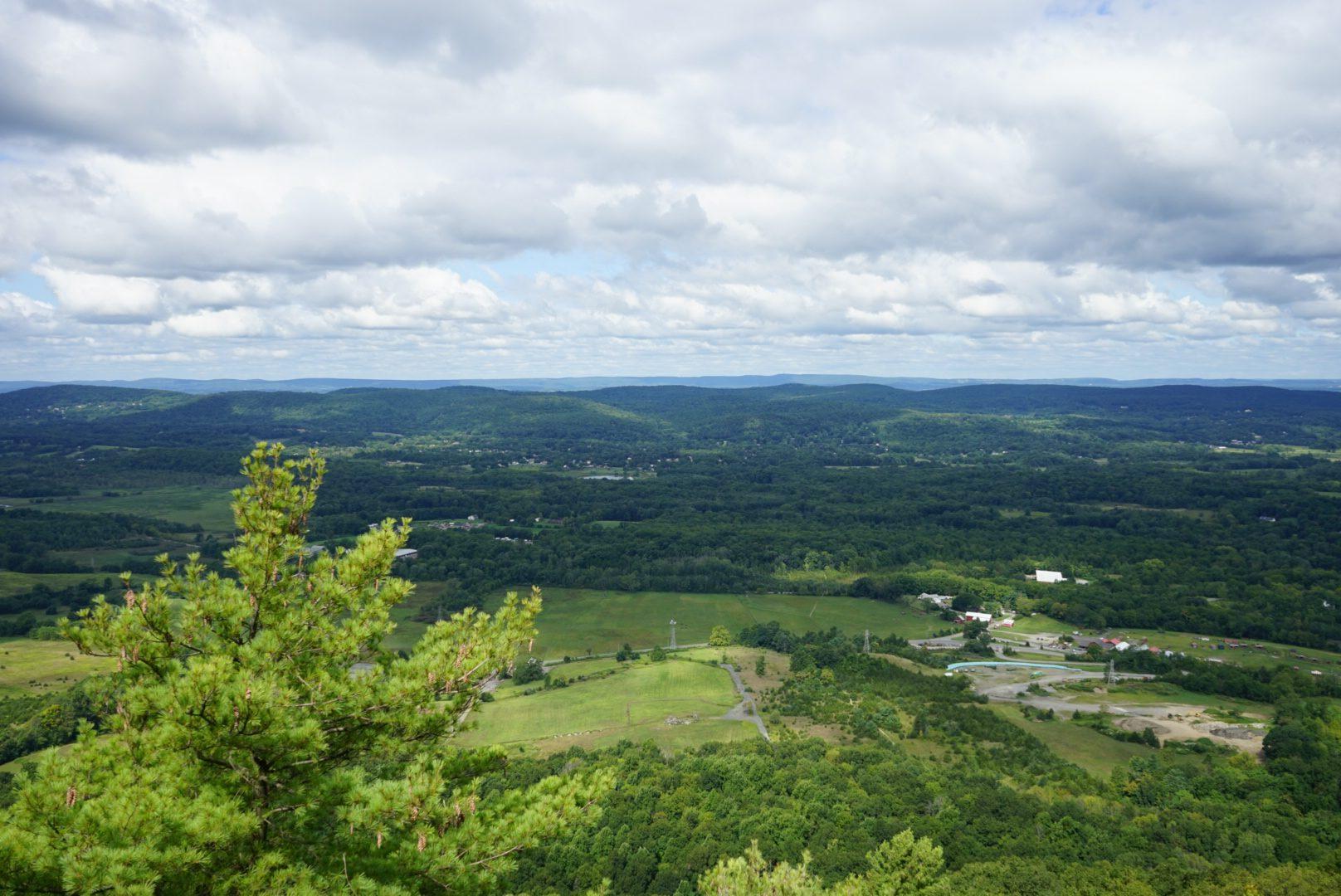 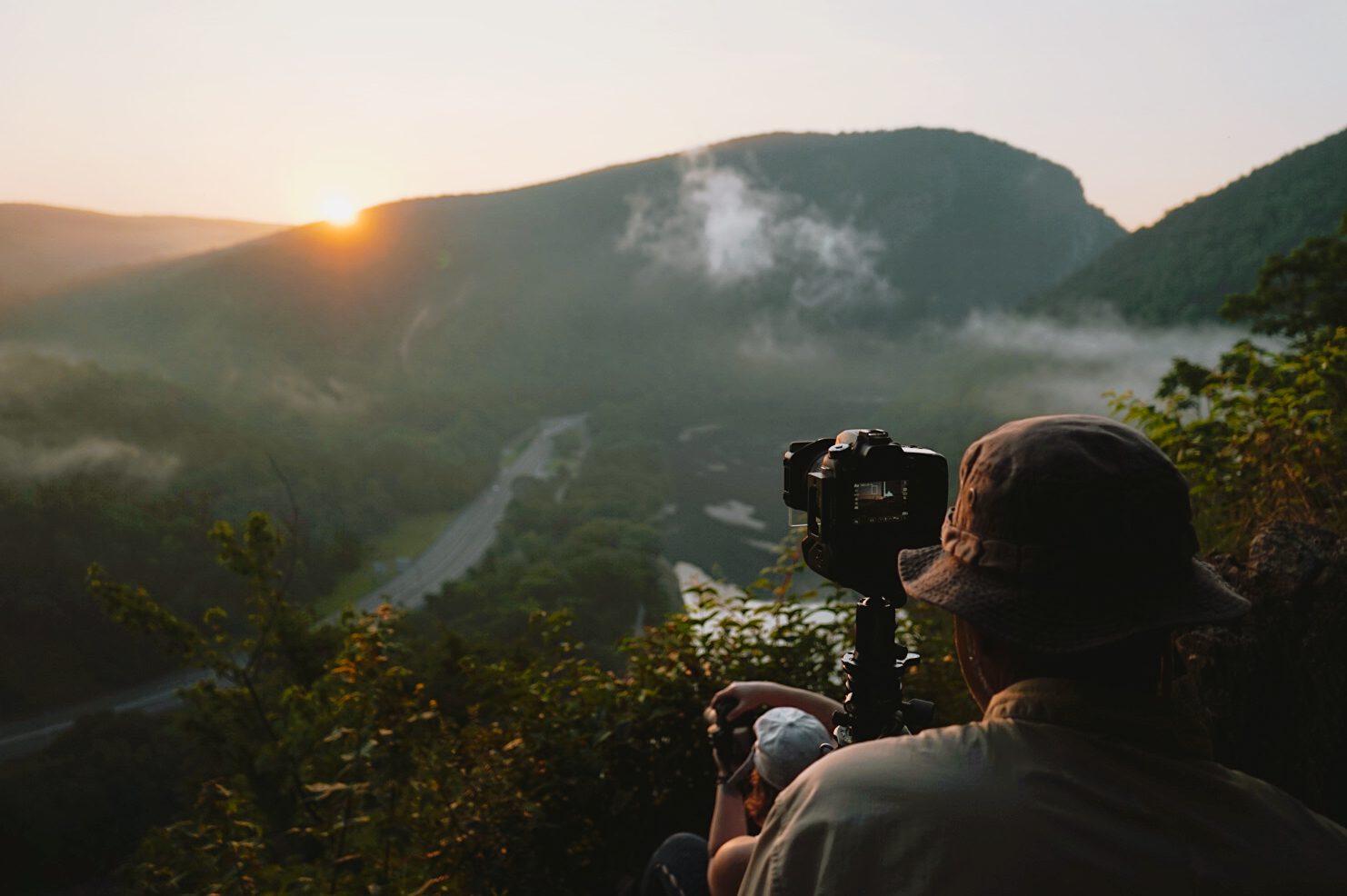 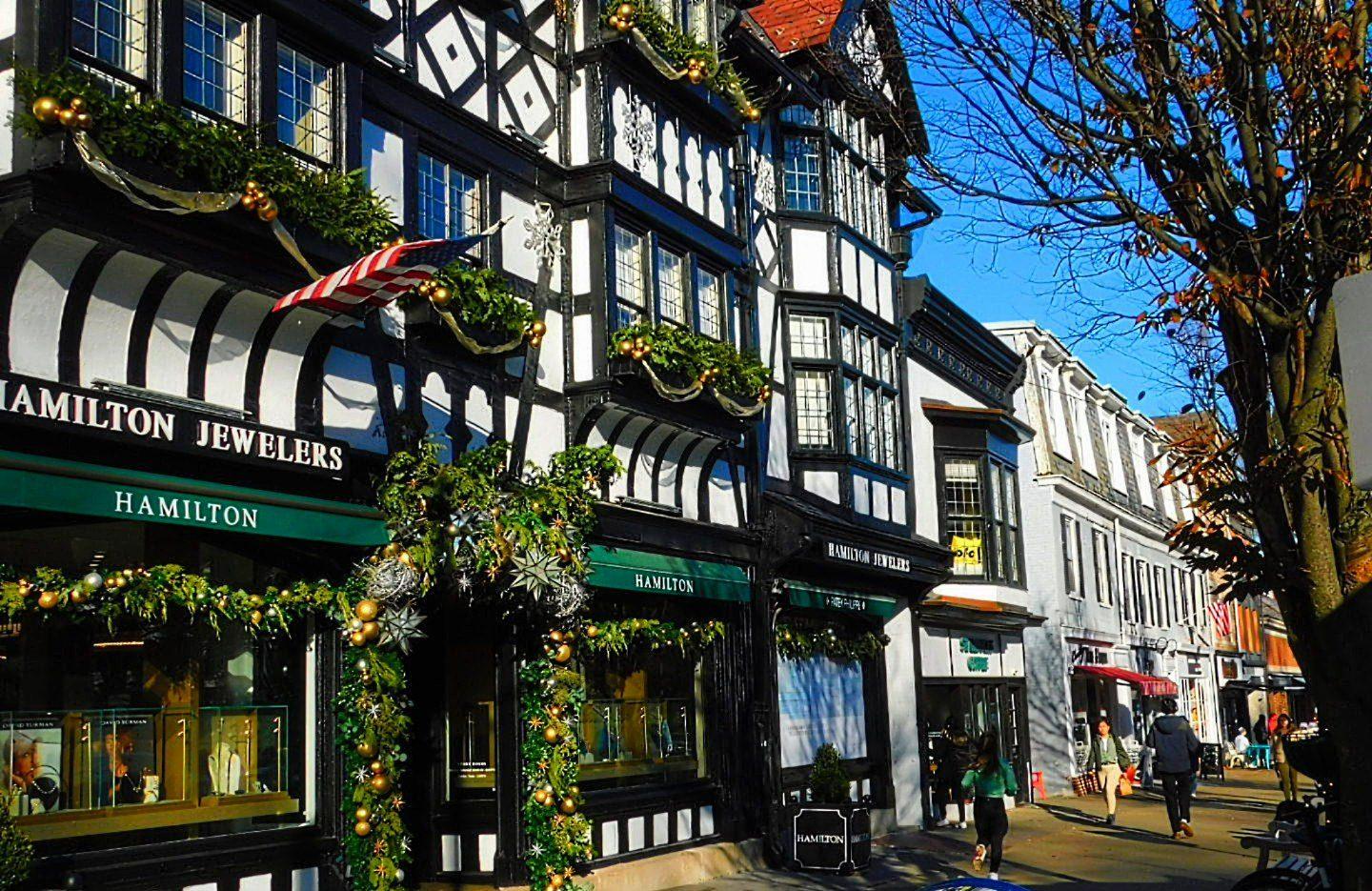 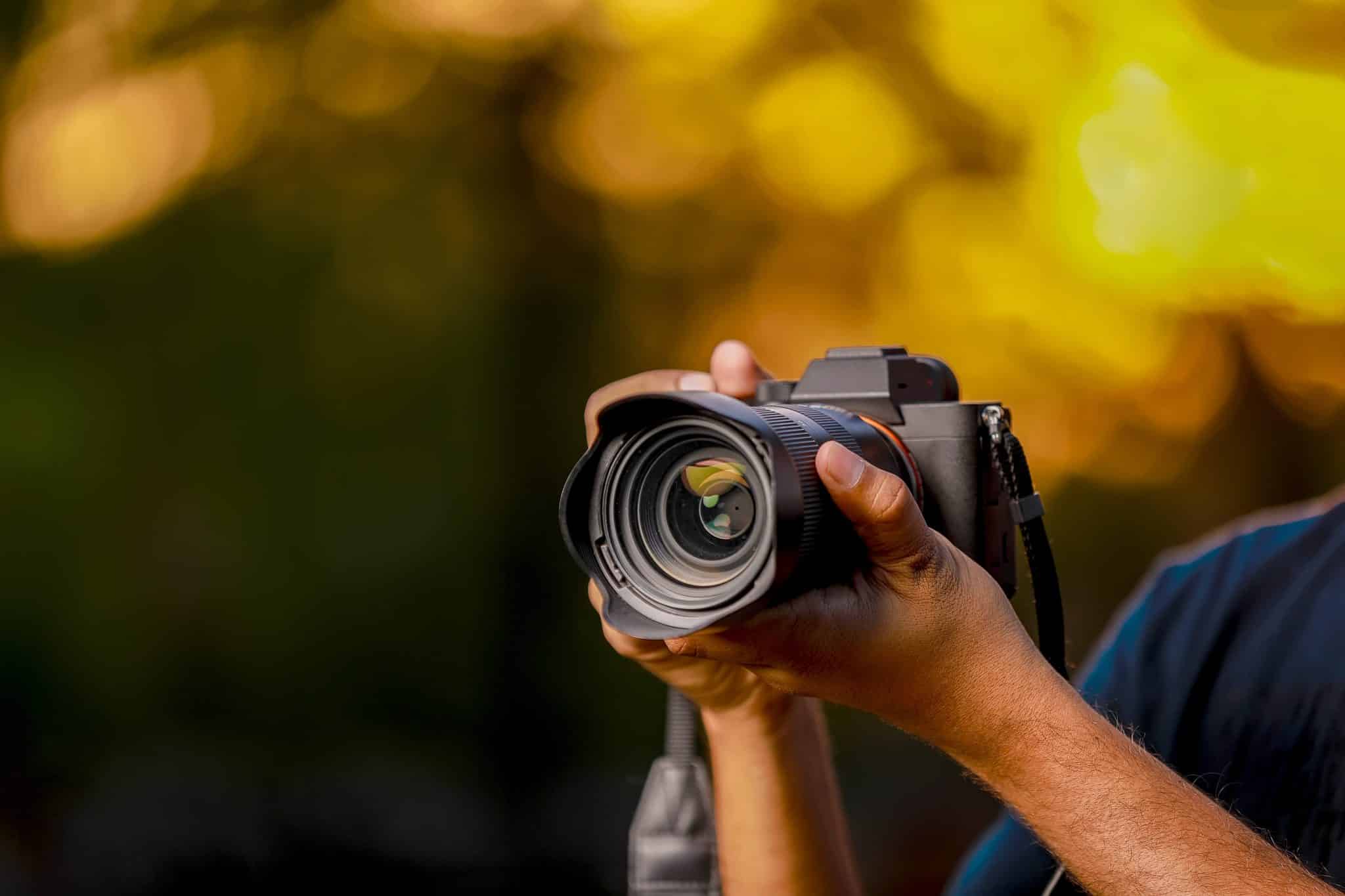